GESCO is listed on the stock exchange out of conviction. Whatever changes and upheavals have occurred on the capital markets, we believe in the basic idea of the stock market: bringing together companies and investors for mutual benefit.

The IPO in March 1998 was therefore a central part of the corporate strategy, in order to finance the future growth of the GESCO Group. We were subsequently able to obtain additional funding for further acquisitions through increases in share capital.

Both private and institutional investors find the GESCO model convincing; they provide a stable shareholding structure. Freefloat according to the definition of Deutsche Börse amounts to 64.0 per cent. Around 14.2 per cent are held by Stefan Heimöller, entrepreneur and since July 2013 member of the GESCO SE Supervisory Board. Another major shareholder is the Investmentaktiengesellschaft für langfristige Investoren TGV with 18.5 per cent, which is represented in the Supervisory Board by Mr. Jens Große-Allermann since October 2017. In addition, Baden-Württembergische Versorgungsanstalt für Ärzte, Zahnärzte und Tierärzte and LGT Capital Partners each reported reaching the 3% threshold. The remaining shares are held by more than 8,500 private investors and institutional investors. The latter comprise primarily long-term investors such as foundations, traditional funds, asset managers or family offices. The majority of the shareholders is located in Germany. Further key shareholder markets include Great Britain, Luxembourg, the US and Austria. 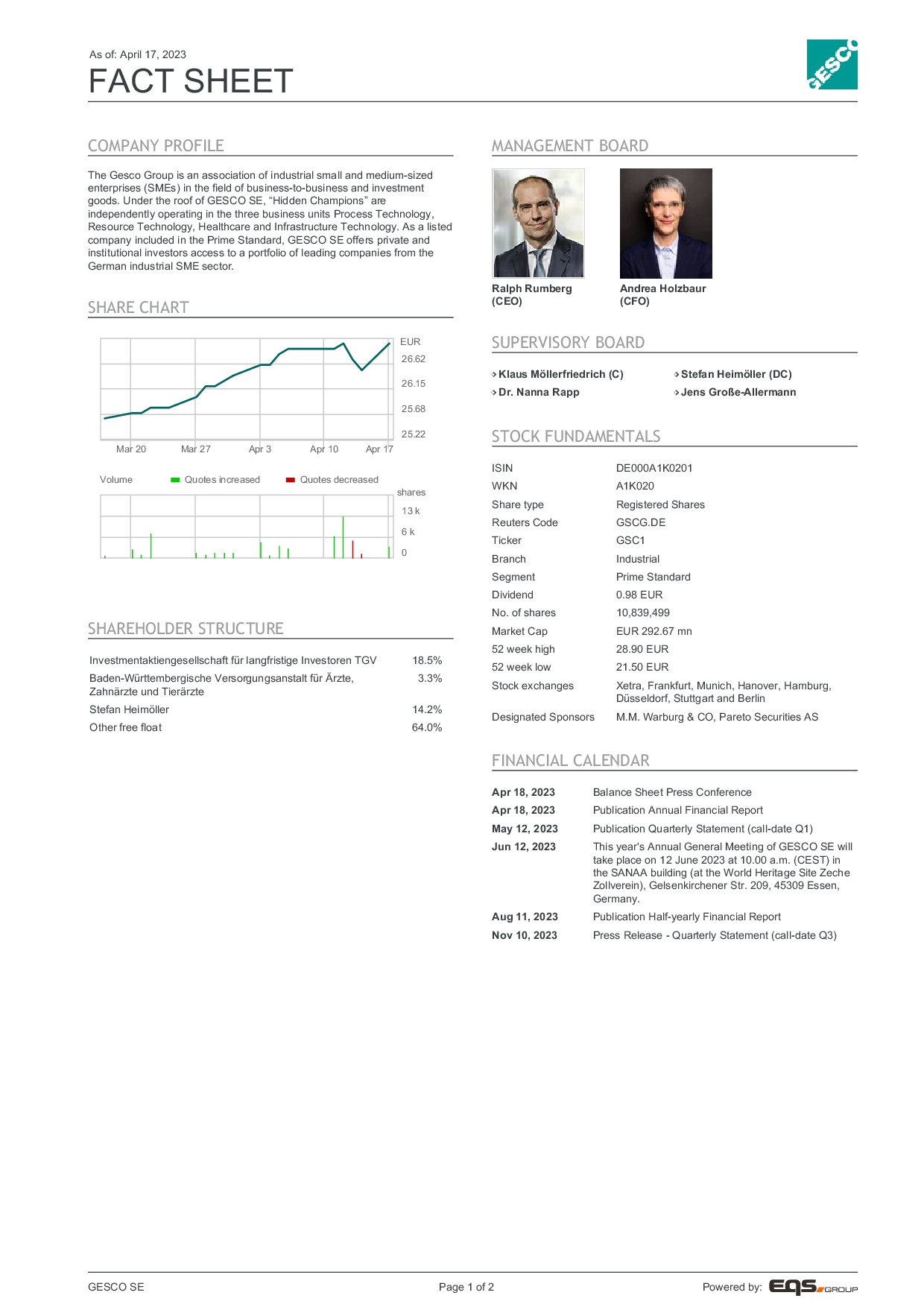 For further information on the GESCO share please refer to our fact sheet.

The GESCO share [ISIN: DE000 A1K0201] has performed well since the IPO in March 1998. Shareholders participate in the success of the Group through a combination of share price performance and dividend distributions.